The Howard and Moore Complete Checklist of the birds of the World: printed editions 1–4

Home   >   The Howard and Moore Complete Checklist of the birds of the World: printed editions 1–4 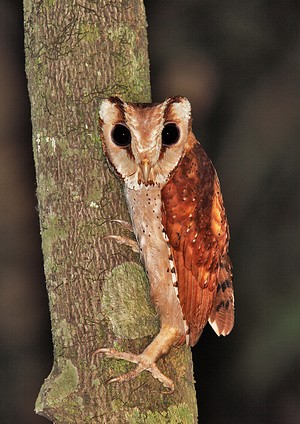 The Howard and Moore Complete Checklist of the birds of the World: printed editions 1–4

The first edition of the Howard and Moore Complete Checklist (H&M) appeared in 1980, published by Oxford University Press (OUP). It was the first world checklist of birds that ’recognised’ subspecies. This was before volume XI of the multi-volume world check-list from Harvard University/the Museum of Comparative Zoology initiated in 1934 by James Lee Peters (1889-1952). So by 1980 volumes 1 to 4 were 40 years old. Peters’ final index volume appeared in 1987.

The first edition involved Richard Howard (RH) and Alick Moore (both now deceased). Richard took responsibility for the Non-Passerines and Alick for the Passerines. A second edition came with the change of publisher, from OUP to Academic Press, in 1991. The 1994 impression was really an edition "2.1" because it included an important Appendix with 282 changes explained. This edition was reprinted in 1998 soon after Alick’s death and later that year Richard asked Edward Dickinson (ECD) (then Hon. Secretary of the Trust and its Treasurer;and recent past Chairman of the World Pheasant Association) for advice on a third edition. RH proved to be very willing to make changes to keep up with or get ahead of the competition.

RH arranged a meeting with Academic Press and, after agreement by RH to appropriate fundamental changes to the Checklist, a contract was signed with Academic Press listing ECD as managing editor of the 3rd edition. In fact, much of the compilation was done by Nigel Cleere, and more by Norbert Bahr. Prior to publication, in 2003, the ’title’ was one of several sold to A&C Black (Bloomsbury) by Academic Press and it appeared under a Helm imprint. The 2003 edition divided the heavy listing between five regional consultants. ECD took Asia, the late David Pearson took Africa, Kees Roselaar handled the Palaearctic, James "Van" Remsen the Americas and Richard Schodde Australasia. An introductory chapter on avian phylogeny was commissioned from Joel Cracraft (who brought in Keith Barker and Alice Cibois to assist him): this was the basis for the decisions on ranks above the family level and on family limits. At species level the objective was to apply the Biological Species Concept (BSC) despite alternative views on offer. Other key advisers were Normand David on the Latin and Greek languages as applied in scientific names and Steven Gregory on genus names and their authors and dates. The team was at pains to act in concert with the rules of the 4th International Code of Zoological Nomenclature (ICZN, 1999): a link to the Commission will be found on our Links page and the present Code is displayed there on the Commission’s website. Work on a 5th edition began in 2006 and is reportedly nearing completion.

The sum of the changes to H&M between the 2nd edition in 1998 and the 3rd in 2003 had as their objective to link birders or twitchers to the world of museum curators and other publishing ornithologists.

The 3rd edition had excellent reviews both in Europe and in the USA. However the whole publishing industry was by now widely concerned with e-publication and the free of charge Internet-based competition.  A&C Black judged that too many copies had been printed and although the distinct US edition of 1,000 copies by a co-publisher sold out, no transfer of the very slightly different "rest of the world" stock to soak up extra US demand was considered possible.

As regards the Code the 1999 Code emended in 2012 to deal with electronic-publication, which remains somewhat controversial.

Eventually, in about 2009, ECD bought the remaining stock A&C Black thus regaining ownership of the title. Still convinced that on-line checklists, which the Code does not consider published, were being cited inappropriately ECD believed a printed 4th edition was justified. With Ian Barr, Steven Gregory and Daniel Philippe as fellow shareholders ECD established Aves Press Limited and entered into a formal Collaboration Agreement with the Trust which required the Managing Editor to negotiate a Publishing Agreement between the three parties (Publisher, Trust and Managing Editor) and this was to include a licence fee payable to the Trust – as it did.

As Managing Editor Edward Dickinson (ECD) assembled a 15-strong team to produce a Non-Passerine volume – co-edited by ECD and J. "Van" Remsen – published in 2013 which comprised 462 pages plus a packed CD-ROM; and a Passerine volume – co-edited by ECD and Les Christidis – published in 2014 of 804 pages plus another packed CD-ROM. Both volumes had support from The Natural History Museum (UK) and from the American Museum of Natural History. This edition was published by Aves Press Limited.

The creation of this edition of the checklist depended strongly on an editorial database, conceived by Edward Dickinson and designed by Denis Lepage (LP) of Bird Studies Canada. A Training Manual for this was developed by Caroline Blackmore, assisted by inputs from ECD and LP, and Caroline worked under the local supervision by Les Christidis with support from Southern Cross University, New South Wales for which the Trust was most grateful.

The Collaboration Agreement was binding on all team members and they had copies of the agreement. Contributors to the editorial database, which extended to all team members, were required to formally affirm that they understood that such contributions did not exclude them from using their knowledge in other contexts, but that what they contributed would continue to be available to the Trust to use in the underlying database.

The legal documentation created for the protection of the Trust was considerable, but ECD was able to secure a promise of legal help on a pro-bono basis from Thomas Donegan (TD) of Shearman Sterling. This made possible the construction of the various key legal documents setting out new relationships and is a much-valued lasting relationship.

In assigning the Intellectual Property to the Trust the terms stipulate that when a new Managing Editor is needed the outgoing editor will do his or her best to arrange for a successor. However, if that does not work the Trust has an option to become involved and to select and appoint a new Managing Editor. But it also stipulates that the Trust is not obliged to step in. Thus, at least in theory, the work could be put aside or updated behind the scenes for some years and yet be available to an applicant to the Trust to propose its resurrection in full view.