History of the Trust

The origins of the Trust

In 1991 Oxford University Press was interested in publishing a multi-volume handbook on the birds of Asia. To provide for that the Press agreed that fundraising would be needed, which they could not undertake, and with the Press’s help a charity was established in August 1992 called the Trust for Oriental Ornithology. The Trust then established a project to make the handbook possible. This proved to be a frustrating process, and although the handbook did not materialise it was nonetheless productive and all that happened in this respect between 1992, when Trust was registered, and 2010 is explained under Past Projects.

In 2011, when Richard Howard (RH) and Edward Dickinson (ECD) were Trustees, meetings were held to discuss the long-term future of the ’Howard & Moore Complete Checklist of the Birds of the World’. RH had by then already handed over his interest in this work to ECD and progress on the 4th edition was on-going under ECD’s overall management. The Trustees agreed that the title should be made available in perpetuity and thus ECD’s ownership of the title risked a rupture in availability of the title. The Trustees agreed and the Trust’s solicitors prepared an Amendment Deed in respect of Declaration of Trust of 26 August 1992 changing the name, subject to consent by the Charity Commission, to the Trust for Avian Systematics (TAS). This deed, executed on 17 May 2012, expressed the Trust’s objectives as follows:

THE charity shall have as its objects to promote, firstly, research concerning birds of the world and their significance within the eco-system (and to make available the useful results thereof by any and every means); secondly charitable purposes which will secure the conservation of the foregoing for the benefit of mankind and; thirdly, the education and understanding of the public (in the United Kingdom and abroad) concerning the foregoing, to the extent that the foregoing are charitable purposes under English law, all such charitable purposes to be in all respects construed according to the laws of England and Wales from time to time.

The Charity Commission recommended minor changes and a Second Amendment Deed in respect of Declaration of Trust of 26 August 1992 was executed on 21 August 2012 which efffected the very minor changes recomended.

The opening paragraph above explains the present focus of the Trust: including its public benefit commitments.

Following the publication in 2014 of the second of the two volumes of the 4th edition of the above-mentioned checklist ECD assigned ownership of the intellectual property in that work, comprising the title and the cover design (intended to be used with different colour schemes for each edition), to the Trust. The cover design had been bought outright from Fluke Art by Aves Press Limited. ECD, as majority shareholder in Aves Press Limited, had participated in the development of an on-line editorial database. The concepts involved were largely his and the technical execution of it was expertly managed by Denis Lepage (DL) at Bird Studies Canada (BSC), on whose servers the database was placed (a placement later agreed with the Trust). The Trust and BSC agreed that the content of this database belonged to the Trust while the development tools created by DL were his personal property. The Trust thus owns the database content as well as the title and the publication cover design.

Further subjects treating the history, development and planned future of the ’Howard & Moore Complete Checklist of the Birds of the World’ are dealt with elsewhere in this website.

The Trust also gladly accepted the assignment of the intellectual property of the late John Penhallurick by his family. This unusual systematic database, in a little-known Australian database format, awaits review, revision and the creation of access to it in this website or, failing that, the transfer of its information, if it can be extracted, into a new database in a common standard format.

The Trust is interested in determining the potential for arriving at Memoranda of Agreement with organisations holding broadly similar interests outside of England and Wales well as within England and Wales in respect of other groups of zoological taxa, not just birds.

The nature of a Charitable Trust:

A Trust created for advancement of education, promotion of public health and comfort, relief of poverty, furtherance of religion, or any other purpose regarded as charitable in law. Benevolent and philanthropic purposes are not necessarily charitable unless they are solely and exclusively for the benefit of [the] public or [a] section of it. Charitable trusts (unlike private or non-charitable trusts) can have perpetual existence and are not subject to laws against perpetuity. They are wholly or partially exempt from almost all taxes. [See here.]

After the changes made to the title of the charity the Trust Deed is still essentially a broad ’off the peg’ Trust deed likely to suit many small charities. However, where the Deed is silent - as it is on Intellectual Property and the need for Trustees to give appropriate protection to such assets - it is necessary to refer to the definition of Charitable Trust in underlying Charity Law.

The Charity Commission’s guidance to Trustees includes the statement make sure the charity’s assets are only used to support or carry out its purposes. To see more detail about how the Commission assesses charitable purposes, see here.

Assignments to the Charity:

Due to the potential for this charity to operate in perpetuity the Trust will consider accepting some responsibility for helping to assure the permanent relevance of information of interest to its public. The first step to take is to contact one of the Trustees and discuss this. Normally the result is an assignment to the Trust, by a person or persons concerned about future availability, of any copyright and other relevant protected Intellectual Property since the Trust can offer help towards that objective.

A little more on the history of the Trust

The original Trust Deed, dating from 1992, expressed the hope of close relationships with the British Ornithologists’ Union, the World Pheasant Association and the Oriental Bird Club, and of the four original Trustees, chosen based on mutual agreement on a candidate, one came from each of these three other charities. No current representation is in place, but the clause in the Deed remains and such relationships may be reinvigorated.

During the period 1996 to 2006 the Natural History Museum of the Netherlands, Leiden (now called Naturalis) took a significant interest in the project and a senior manager (Jan Krikken) met with the Trustees, endorsed the projected Handbook on the Birds of Asia and committed a degree of time-involvement by the museum’s Curator of Birds (René Dekker) (RD) to assist in the development of the project. A decision was made to prepare the way for the handbook by research and publication of that in a series of papers work to be called Systematic Notes on Asian Birds and this involved RD and ECD in contacts with curators of bird collections in many museums around the world and to attendance at several of the biennial International Meetings  of European Bird Curators (often attended by curators from outside Europe) arrnged by eBeac. Most recently (September 2019) the meeting was held in Tel Aviv.

In 2007 the Dutch government promoted the transfer of the collections, journals and some personnel from the zoological museum of the University of Amsterdam to the natural history museum in Leiden. These plans also addressed the economics of the resultant combined number of journals to be managed, and Leiden’s Zoologische Verhandlingen, in which the Systematic Notes on Asian Birds had been published, was discontinued. Papers gathered for the next planned issue of the Systematic Notes were assigned to a volume of Zoologische Mededelingen on a one issue basis and the Trust agreed to try to arrange for subsequent issues to be compiled and published in the UK.

These contacts with museums deepened particularly with the Natural History Museum in London and Tring and with the American Museum of Natural History in New York. In both the bird collection curators were happy to use the Howard and Moore Complete Checklist as a regular working tool: this was evidenced by the museums’ grants of approval to the use of their logotypes in the printed 4th edition (2013, 2014) which signalled their support.

The issues of the Systematic Notes on Asian Birds are listed under Historic Projects and the Leiden issues are linked to Leiden’s "repository" (and downlodd facility); the later UK issues will be added there. 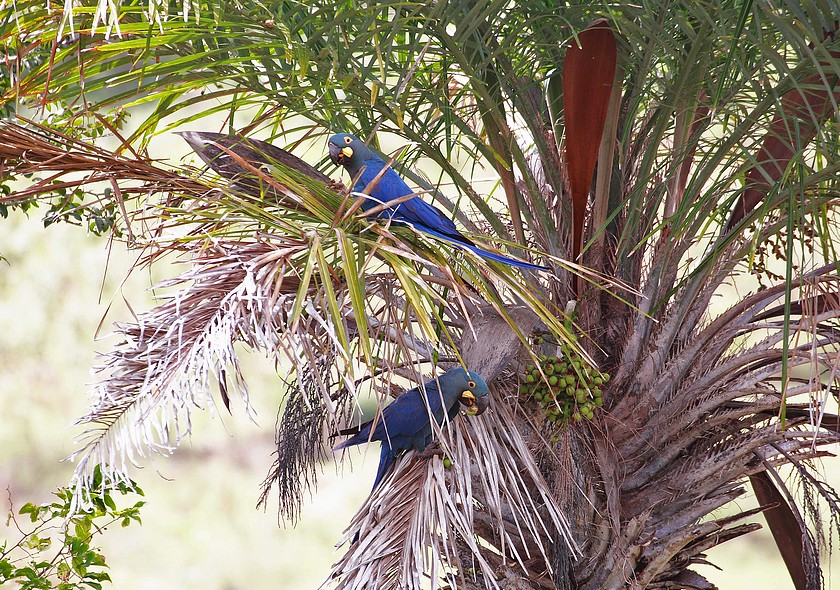